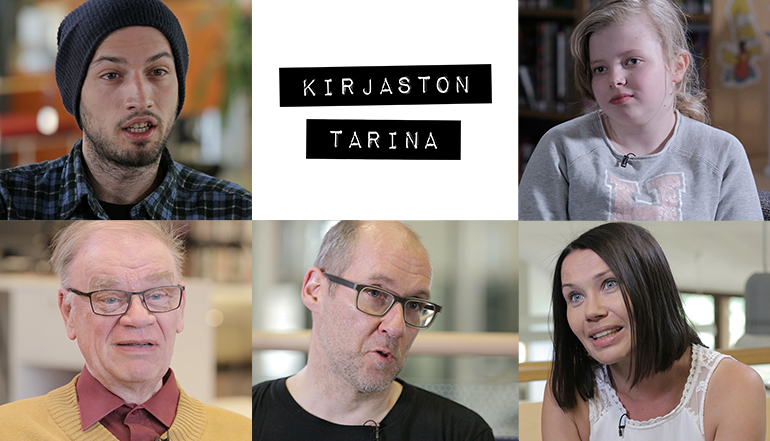 You have entered Finland’s most popular cultural service when you open the door of your local library or study your library’s collection online. Libraries have lived with the flow of the world, from the first days of reading to modern times of digitalisation. When the story of Finland is told, libraries are often just a side note. This is not the case with this documentary.

Library Channel has produced a documentary about libraries in honor of 100 years of Finnish independence. The documentary tells the story of the library from late 18th century to present day. Customers have always been the core of library services and their stories are an essential part of the documentary.

Our modern understanding of libraries as open-to-all distributors of information, skills and recreation started to spread in the 1980s, which is in many ways the beginning of modern Finland. New waves of democracy helped form the library as a place of unbiased information. The last 60 years have been about building a modern library system that covers the whole country including the rural areas. Tale of a Library is a documentary about the libraries in Finland and what kind of changes they have gone through. The foundation is solid. Even though libraries are constantly going through changes, their benefits are clear.

Tale of a Library (Kirjaston tarina) will be published on Monday 13th of November on the Nordic Library week. The documentary will be in free use, licensed with Creative Commons. Show it in your library or in a class and gather people to discuss the documentary. Find out what the library means to people. What does it mean to you and what do you want from it? Let’s work together to keep libraries alive and necessary. Every time period creates its own version of the library.

Tale of a Library is part of the 100-year independence celebrations of Finland.