Behind the scenes: READing Dog Sylvi

Home / In Spotlight / Behind the scenes: READing Dog Sylvi 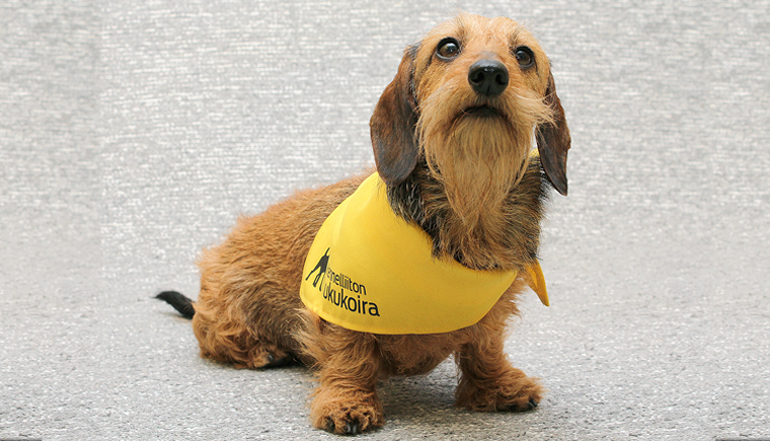 Library Channel has many cooperation partners who produce videos of their own which can also be seen on the Library Channel website. One of these partners is Liisa Rossi who works in Kuopio City Library and is the owner of READing Dog Sylvi. READing Dog Sylvi has her own Vlog. Sylvi’s owner Liisa Rossi sheds light on how the Sylvi-videos are produced.

1. Sylvi’s videos have received admiration as well as substantial amounts of viewers for almost two years now. What kind of hopes and objectives did you have in mind at the time you produced the first video?

We didn’t have big hopes or dreams, we just thought Sylvi’s videos would be a fun way to promote reading, libraries and of course READing dogs. We have gotten ideas and understood the do’s and dont’s in the videos as we have made them. Kuopio City’s Media Producer Raimo Pesonen, Heli Muhonen from the library and sometimes some media students have been producing the videos and they all have improved the vlog in their own way.

2. Sylvi’s videos have been shared a lot in social media and are often embedded on different libraries’ front pages. Who would you want watching Sylvi’s videos?

It’s hard to pick out a specific group that I would want watching the videos, on the contrary it’s been nice to notice how diverse viewers we have from librarians to dachshund- /dog lovers, from children to pensioners. Of course it’s always nice to hear that someone who reads to Sylvi has also watched the videos on their own or in school.

3. How does Sylvi react to being filmed?

Sylvi always likes when things happen! Even though every time there’s a preliminary plan of some sorts for the video, Sylvi doesn’t always follow the it and goes off script. During filming Sylvi sometimes gets to go to places dogs usually aren’t allowed in, it’s exciting and interesting to explore filming locations. And when you even get wieners during filming – what could be better?

4. Can you name one highlight of all the things you have produced for READing Dog Sylvi’s Vlog?

Making every video has been a pleasant experience and all different from the rest. READing Dog Sylvi meets a mammoth has received most views of all the videos and it been astonishing to see how it spread across Facebook. Taking the wheel of a bookmobile was the biggest highlight as far as Sylvi is concerned.

5. What would you write on a postcard that was addressed to Library Channel?

Thanks for the good cooperation, it’s great to have a group of people that produce library stuff for absolutely everyone. Sylvi might add: Greetings to everyone, my life would be a lot more boring without Library Channel!

6. Finally a gaze into the future. How does READing Dog Sylvi’s year 2018 look like?

We have plans for making videos about Sylvi’s library alphabets, having Sylvi’s friends over for a visit and maybe even some dinosaurs. What Sylvi thinks about all of this remains to be seen…